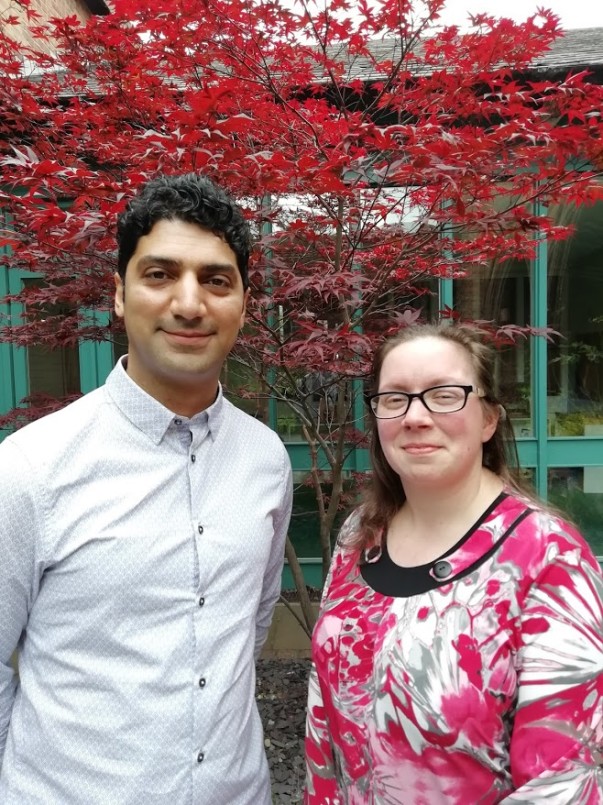 One of the food banks we’re helping is in Middlesbrough. The warehouse is based in Skippers Lane and delivers food to eight different centres in the area with a team of close to 100 volunteers.

The food bank has just received a grant from the Asda Foundation which will pay for a new role of office and warehouse co-ordinator.

Project manager Soroush Sadeghzadeh says: “The grant is amazing – it’s something I’ve been hoping and praying for for a while. It will really increase our capacity.”

The money will enable Soroush to take on longer-term projects that tackle the root causes of food poverty – and Lee-Anne Southon has just started in the new role.

Soroush has been working for the food bank for nearly four years. He said: “The need for emergency food parcels has increased over time. As somebody who came into the area and found it to be a welcoming place, I wanted to give something back.”

Soroush came to the UK as a refugee almost 15 years ago, together with his wife, Mahvash. He has made Teesside his home ever since.

“The best thing about working here is seeing people have their hope restored – being given dignity and making people feel welcomed and that they matter; they’re important.”

Heather Black, who is chair of the Middlesbrough Foodbank trustees, said: “This is a really busy food bank – last year we supported over 5,500 people with food parcels.

“People shouldn’t be going hungry in 2019. Of course we can’t let people go hungry and we will always respond to that but we want to be speaking about the reality of food insecurity and working with Trussell Trust to be tackling the root causes.

“Some people don’t understand what running a food bank involves and all the essential work in the warehouse and office that needs doing – that’s why the Asda grant is so good because it helps with the efficient running of Middlesbrough Foodbank.”